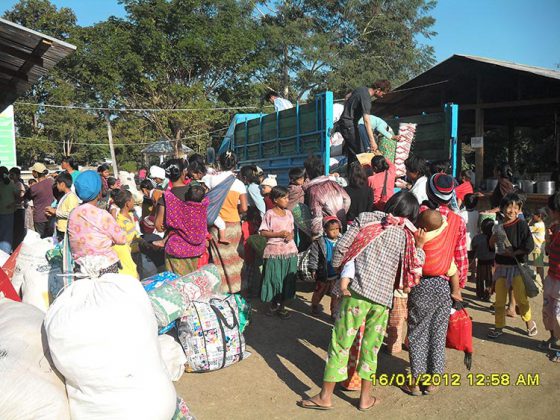 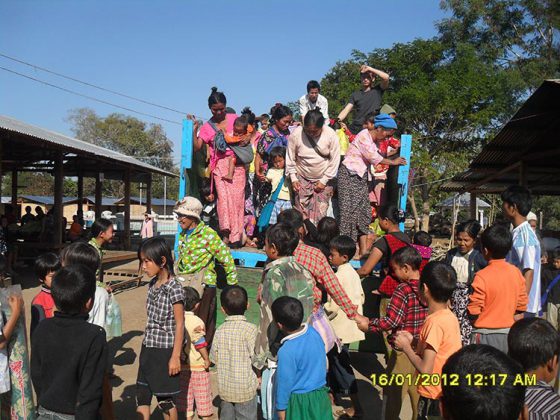 Conflict reignited in June 2011 between the Burmese military and the Kachin Independence Army (KIA).  As a result, over 120,000 people have been displaced throughout Kachin and Northern Shan State, 110,000 of whom are living in 167 IDP camps. For over seven years, Karuna Mission Social Solidarity (KMSS) Banmaw has been responding to this crisis by providing humanitarian support to affected populations in the Banmaw Diocese.

The resumed war in Northern Kachin State causing thousands of kachins especially youth enormous displacement, violation of human rights, family separation, human trafficking, and KMSS-Banmaw is working in partnership with other Caritas members, UN Agencies and other NGOs intervened to provide short and long-term assistance to distribute food, build and repair shelter, WASH Program, provide grants for small business and livelihood opportunities and to respond to the psycho-social needs of their communities.

Since 2011, KMSS Banmaw is one of the active local humanitarian support providers to the IDP affected by the armed conflict broken out between the government’s army and the Kachin ethnic armed group. KMSS-Banmaw has covered and delivered humanitarian assistance without any discrimination to 50% of total population for IDPs in Banmaw District. There are total number of 45 IDP Camps in Banmaw District with the number of 47268 total populations and 8578 Host families. KMSS-Banmaw has covered 41 IDP camps with 41697 beneficiaries.